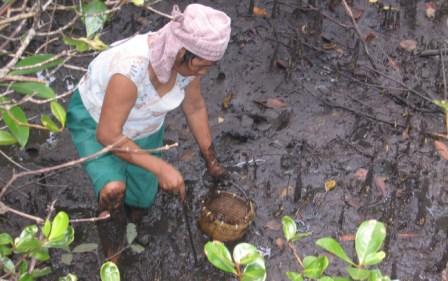 by Paul Joseph J. Vistal
(this article appeared in the June 3, 2007 issue of lifestylebohol of The Bohol Chronicle)

A solemn sakayan cruise down the Abatan River out into the estuary, a half-a-kilometer-long crossing on a bamboo boardwalk through a 56-hectare mangrove forest which endangered birds still frequent, and a trip to the end of Tintinan Island where one is rewarded with an expansive view of the Maribojoc Bay, the Habagat blowing from the sea.

In some ways, these can be your usual tourism destinations. That is if all you are after is sight-seeing. But, in our blessed island-province, there are a lot of other sites out there. And right now it would seem almost foolhardy to compete for attention with what is popular and established.

For the San Vicente Mangrove Association or SAVIMA and the Upper de la Paz Biodiversity Conservation Association (UBCA), two people’s organizations struggling to make it in an industry where cut-throat competition seems an understatement, it may well be.

But theirs is a new tourism. Something like Mother Nature meets People Power. A paradigm shift when considering the mindset which views tourism as a commodity to be exploited at one’s pleasure and enjoyed at one’s leisure.

UBCA and SAVIMA, two POs that are respectively based in the neighboring towns of Cortes and Maribojoc, are being assisted by the NGO PROCESS-Bohol to maintain a community-based sustainable tourism project.

They are calling it a community life tour. And the concept is not entirely new. In many countries, it is the emerging tourism trend: eco-cultural tourism – using the local environment and culture so that the tourist will have a context with which he can process all his experiences of a place and its people.

The tour is not for the usual tourist. He would inevitably be bored by the lack of commotion or spectacle. He would probably stray from a guide like Nang Temie Pugio of SAVIMA as she talks about the wonders of mangrove trees. He would probably not be comfortable on home-stay, sleeping on a banig in a humble nipa hut. And if the guest is in a really bad temper, he would likely be very far from amused with everything. 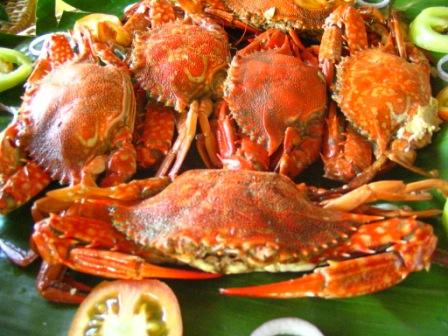 He would likely be asking himself, while planting mangrove shoots to reforest Maribojoc Bay or gathering imbao shells andtakla while the tide is low, his feet mired in the cool mud of the katunggan and the back of his hand probably wiping away from his face the first flood of sweat he ever experienced in his entire, pampered existence, “Why did I decide to put myself through all this hardship?”

The tour has been offered for some time now but, as it is, some kinks still need to be straightened out, but UBCA and SAVIMA are both hard at work at it, as they take the first, tentative steps to develop what they hope to be Bohol’s next tourism hotspot.
And, if you’re the right kind of tourist, if you’re looking for a real and meaningful connection with a place and its people, it won’t disappoint.
Sulayi lang!